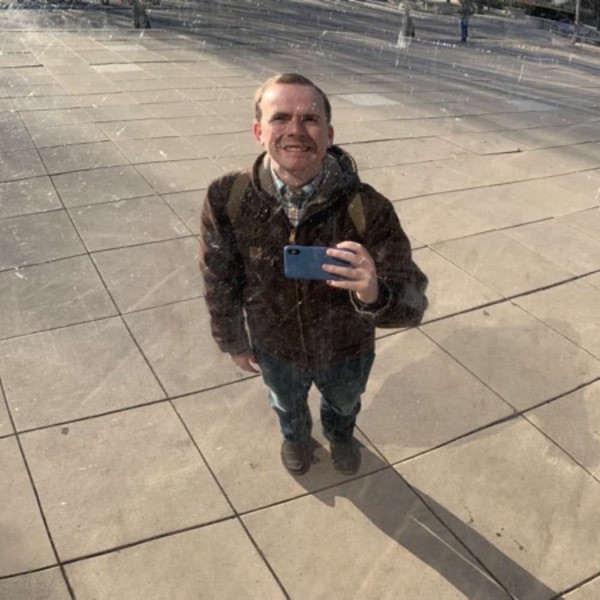 I did a pretty good job of documenting my adventures on my trip to Chicago. Lots of pictures, a few short updates, and five podcast episodes covered my movements though-out the city. I wanted to sit down and reflect on my overall experience.

My time was mostly my own, and the list of things that I wanted to do was pretty short. For the most part, I only spent money on food and beverages. There weren’t any experiences that I was interesting in, mostly due to the cold temperatures outside.

I thought that I was going to use ride-sharing and food delivery services a lot more, but we only made one round trip and had food brought to us twice. I walked everywhere, and everything was within a mile or two of the hotel.

Everyone wore headphones in the city. I joined in for the same reason, so that people wouldn’t talk to me. I caught up on podcasts, which is what I normally listen to while walking. I did listen to music on my last day, which was also nice.

I wore a backpack almost everywhere I went. My iPad Pro was a great travel companion, allowing me to write, update websites, and read the news wherever I set up shop. Chicago has a $.07 bag tax, so it was also nice to be able to throw whatever I bought into my bag and keep on moving.

Amazon Go was a great option for ready-to-eat meals and snacks. The employees were very attentive and its clear that corporate wants the stores to be clean, bright, and neatly stocked. That may be partially due to the limitations of the camera system, but regardless, it was a net positive for the customer. Prices were also fair.

I think Molly’s Cupcakes was my go-to spot. They had the best coffee that I found, and a great environment. They also played 90s music which was good for the setting and not offensive. The cupcakes were award winning, but I was partial to the cheesecake. Yum!

YNAB was a great travel companion. I don’t often add transactions on my phone on the go, instead opting for doing the heavy lifting with receipts and the web app when I get home. It was also nice to be very aware of my budget balances as I went through the day. That being said, this has been a crazy two months, so I did my second Fresh Start of 2019 when I get home.

I closed my rings with ease each day. I have a Move goal set at 600 calories. At home, I close that ring if I do my 60 minute walk in the morning, otherwise its usually in the 300-400 range. It was nice to be active while just going about my normal day instead of a scheduled exercise time.

I had a nice time in Chicago, even if the city life isn’t for me. This was a much better vacation than our trip to Orlando, where I had to drive from the hotel to get anywhere. Also, Lake Michigan is awesome.